The Grand Mesa Residences in Commonwealth features a location unequaled by any condo project in Quezon City. The home development is mid-way along Commonwealth Avenue. This avenue spans more than 12km starting from the Quezon Memorial Circle, passing through areas like the Philcoa, Balara, Batasan Hills, and ending at Quirino Highway (Novaliches). Commonwealth Avenue is also the widest highway in the Philippines that spans from six to eighteen lanes.

The highway is the primary lifeline of most businesses and residential communities in this area that future residences of Grand Mesa will highly benefit from. Most major establishments, like schools, malls, markets, hospitals, and other points of interest in the vicinity are just walking distance from your new home.

Commonwealth Avenue links Grand Mesa Residences to various destinations such as the central business districts of Manila to the southwest, Marikina and San Mateo (Rizal) to the southeast, and Caloocan to the northwest. If you are into mountain biking during this time of the pandemic, the Grand Mesa is a great starting point for various challenging destinations to any part of Metro Manila and the nearby provinces.

When you settled at the Grand Mesa condo, your kids will be closer to both public and private schools where access is easy and quick. Within just a kilometer radius from your new home, you will find the Far Eastern University Regalado, Polytechnic University of the Philippines Quezon City, North Fairview High School, Gateway Institute of Science & Technology, National College of Business & Arts, and the Fairview Baptist Academy.

Living north of Quezon City has its perks and benefits. For one, your family will be closer than ever to medical facilities and first-class health care because more world-class hospitals are within easy reach in a matter of minutes from Grand Mesa. Some of these hospitals include the FEU-NRMF Medical Center in Regalado St, Fairview General Hospital, Westview Specialty Clinic, and the Rosario Maclang Bautista General Hospital near the Batasang Pambansa complex.

In the urban jungle of Quezon City, there are plenty of places where you could shop, dine, and relax right next to your doorstep. Some of the finest shopping complexes and markets near Grand Mesa include the Fairview Center Mall, SM Nova, Rustan’s, Ever Supermarket, Puregold Supermarket, Trinoma, SM North Edsa, Ayala Technohub, Pearl Drive Commercial Center, Litex Market, Commonwealth Market, and Robinsons Novaliches.

Wherever you turn, there is a place along Commonwealth Avenue where you can practice your faith. Some of the places of worship surrounding Grand Mesa Residences are the Iglesia Ni Cristo Local ng Capitol, Iglesia Ni Cristo Local ng Riverside, Holy Spirit Parish Church, Mother of Divine Providence Parish, Kingdom Hall of Jehovah’s Witnesses, Holy Trinity Parish Church, City Baptist Church, and the Fairview Park United Methodist Church, among others. 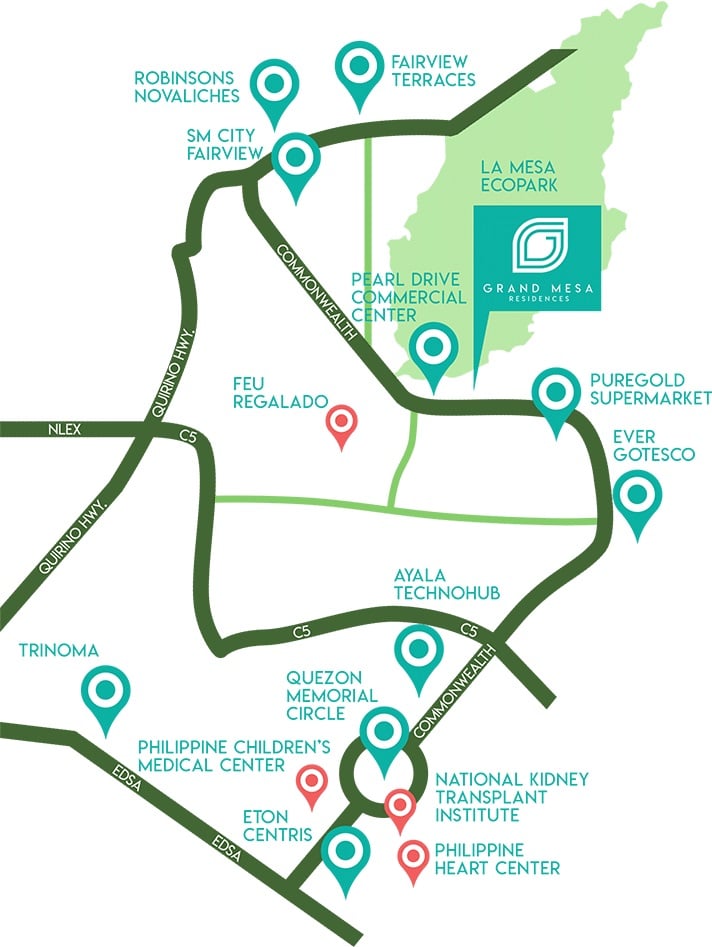 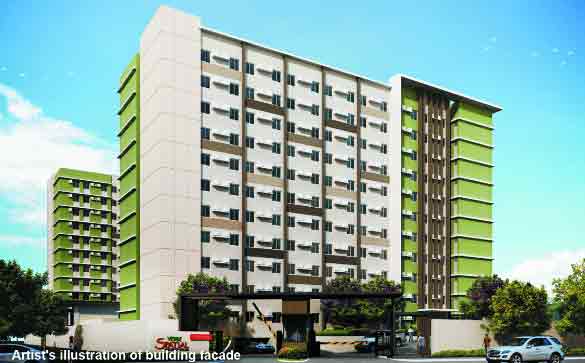